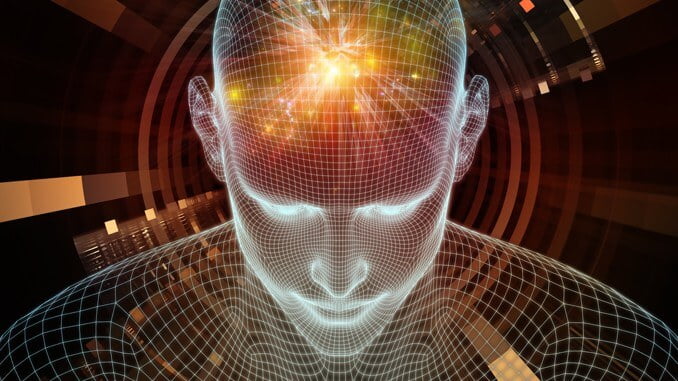 It is simply unbelievable how far the cancer of manipulation, propaganda, and perverse misdirection has spread in the mainstream media. The majority of journalists speak in the same incurious voice, and their publications look like carbon copies of an editorial in a totalitarian party’s newspaper. Once heeding the call to find and declare the truth, they are now mere mouthpieces of their employers and some hard-to-identify power brokers whose aim is to have total control over the minds of our society. Words have lost their power, and their meaning is surreptitiously reversed, exactly as prophesied by George Orwell: “War is peace. Freedom is slavery. Ignorance is strength.”

A glaring example of such orchestrated manipulation is the narrative commonly utilized after the terrorist attack in Toronto’s Greektown on the evening of Sunday, July 22nd, 2018. The media did everything in its power to present this lethal attack, resulting in the deaths of a young woman, ten-years-old girl, and the wounding of thirteen other people, as an average mass shooting by a mentally ill suspect. His identity had been carefully protected for the first 24 hours; we were only told that he was 29 years old, and quite possibly white. When his Muslim-sounding name was finally revealed, this was done in tandem with a polished statement from his family that put the main stress on the presumed long-term mental sufferings of the killer. Later on, it turned out that the statement had been composed by one Mohammed Hashim, a full-time organizer for the Toronto & York Region Labour Council, and a driving force behind the National Council of Canadian Muslims. It is still unknown who commissioned him to write it. The statement was supposed to put an end to speculations concerning the true nature of the crime. All too predictably, the media focused then on the issue of gun control (although it is obvious that assassins like Hussain do not obtain their weapons legally) and on the lack of proper psychiatric care.

We have been also treated to pop psych analyses of the culprit, and to numerous interviews with his schoolmates and neighbours who talked about his “million-dollar smile”, and what a nice human being he was https://www.cbc.ca/news/canada/toronto/faisal-hussein-friends-1.4758969  Only the “right-wing” journalists raised questions about his hasty funeral, and the still officially undeclared cause of his death.

This whitewashing has been extended to the entire Canadian Muslim community. Various TV channels kept showing a Middle Eastern man telling the story about how he had wanted to stop the shooter but was afraid to do it.  The Toronto Star edition of July 27th run the front-page article about a Muslim female surgeon who had saved the lives of some badly wounded victims. This led the journalist to declare that “Islam is not a religion of violence and disavows violence in all of its forms”, a clear untruth https://www.thestar.com/news/gta/2018/07/26/as-she-raced-to-st-mikes-trauma-surgeon-dr-najma-ahmed-realized-something-terrible-had-happened.html . Nobody can deny that every community contains good people and bad people. However, suggesting that all ethnic groups subscribe to the code of Western values and love peace is shockingly dishonest.

On the other hand, the Danforth victims received a rather restrained coverage, despite the heart-rending nature of their stories. Ten-years-old Julianna Kozis was enjoying ice cream in the company of her father. Both were shot. They were taken to different hospitals, and when it became apparent that the girl could not be saved, the father was driven in an ambulance to the children’s hospital to stay with his dying daughter. A coffee shop worker who held the badly bleeding Julianna told us about this particular tragedy: https://www.ctvnews.ca/canada/everybody-tried-to-save-her-toronto-shooting-witness-recounts-violent-night-1.4030970 .

The other fatality was Reese Fallon who celebrated her 18th birthday with family and friends. She was probably the only customer of the Demeter Café who tried to escape. Hussain shot her in the back. But the tragedies of the victims and their relatives were pushed by the media narrative to the barely visible background. Instead, the empty slogan “Toronto strong” was repeated ad nauseam. Apparently, the most important thing was to keep the Danforth open for business for the continuous enjoyment of the Torontonians. “Toronto strong” – how about “Canadian government strong”, a government that makes sure that its citizens are protected against the lawless additions to their multicultural society?

Some of the inhabitants of Toronto clearly approve of the media’s smokescreen. A female schoolteacher, who overheard an independent TV reporter talking about the possible influence of ISIS propaganda on the shooter, went into a shrill and prolonged rage, accusing him of racism, lying and disturbing the peace at the scene of the massacre. She screamed that she wasn’t interested in ISIS, only in unconditional, mutual love. After this pathological outburst she followed the scenario recommended by the media – she paid her respects to the victims and went with the kids for ice cream:

More recently, a solitary, middle-aged man with a handwritten sign protested at the crime site against the egregious coverage of the murders by the CBC, and for his trouble was confronted by a crowd of politically correct citizens and then pushed into a fountain. The police witnessed this act of violence and did not intervene:

We tell the world, we tell the media, we tell our killers, “We are brave, we don’t mind who is shooting at us, we don’t ask any questions.” But maybe we should ask why the murder statistics in Toronto is now twice the size of that in New York City, once a notoriously crime-ridden town? “Toronto strong” – tell this to the families of the dead, tell this to the wounded survivors who will keep waking up in the middle of the night, afraid of the terror happening to them again. And this terror will most certainly happen again and again so long as we don’t demand the truth from the media, and concrete actions from the government. Insidious soul engineering has never been so widespread, so brazen – and ultimately so futile.

Author of several poetry collections, recipient of the Kazimiera Iłłakowiczówna Award (for the best poetical debut) and the Turzański Foundation Award (2000).

Since 1991, has made numerous contributions to the Polish-Canadian periodicals and TV programs. Between 1993 and 2003, editor of the cultural monthly “List oceaniczny” (Oceanic Letter). From 2015 on, editor-in-chief of the online magazine “Polska Canada” (bilingual), devoted to literature, art, socio-political commentary and history, as well as to the preservation of Western cultural values, and to the human, national, and animal rights.